Where is our Pomegranate Seed Oil sourced?

Debbie Jackson sources the pomegranate seed oil used in the manufacture of all the Balance Skin Oils from the local Western Cape pomegranate farmers. Balance Cape Town prides itself on supporting local entrepreneurs – from the farmers who supply the seeds, to the oil manufacturer, to the bottling supplier, the photographer, graphic designer, printer –  right through to their team of distributors around the country.

Why are we so intrigued with the Pomegranate and its seeds?

This “Sacred Fruit,” believed to have sprung from the blood of Adonis, the god of beauty, represented a symbol of prosperity, ambition, fertility, and fruitfulness in many Ancient cultures. Intertwined in the holy texts of Egyptian literature, Greek mythology, and even The Bible, its symbolism is just as multifaceted as its beneficial health effects.

This fruit is native to the region of Iran, and has been well-known to people in the vast area, ranging from the Mediterranean Sea to the Indian Ocean, for thousands of years. It has been traditionally used for cooking and medicinal purposes, especially in Ayurvedic medicine. We now know this plant as the pomegranate (lat. Punica granatum).

The secret of the pomegranate lies in its juicy seeds, reminiscent of precious gemstones.

20% of pomegranate seeds contain oil, which is gained by cold pressing or, even better, supercritical CO2 extraction process.

Pomegranate seeds are source of essential nutrients, such as vitamins B, C, potassium, and magnesium.

An astonishing 95% of pomegranate seed oil is made up of the fatty acids, and 65% of those fatty acids is rare omega-5 fatty acid, believed to be one of the most powerful antioxidants known to modern science.

Pomegranate is also believed to be the only known plant-based source for Punicic Acid (also known as Conjugated Linoleic Acid). Pomegranate seed oil has a high content of punicic acid—and, again, is the only seed oil in the world containing this beneficial fatty acid.

Punicic Acid - The Fountain of Health and Youth

In addition to having a positive influence on the immune, hormonal, circulatory, and metabolic systems, punicic acid has numerous prophylactic and healing effects on the largest human organ, the skin.
These can be summed up in the following four “Anti’s”:

Pomegranate seed oil is the fountain of youth for mature skin. Besides having an efficient antidiabetic, antiobesity, and antiproliferative effect, inflammation prevention is considered to be one of punicic acid’s most important functions.

Taking a closer look at its composition, the acid consists of prostaglandins, a group of lipid compounds, which are known to prevent blood clotting.

Another—and likely to be the most essential—compound are polyphenols (ellagic acid being most abundant), antioxidants that act as an anti-inflammatory and anti-carcinogenic regeneration and rejuvenation agents.

This action is supported by phytoestrogen, the only known plant-based estrogen.

Phytoestrogen has two significant benefits to our skin: it supports skin health by regulating the skin’s hormonal balance (both for men and women!), and it alleviates unpleasant side effects of menopause on skin.

Though punicic acid might not heal a wounded heart, its role as a carrier of antioxidants has a healing effect on our skin. 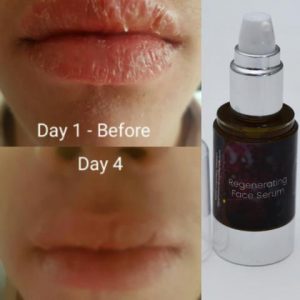 The Anti-inflamatory and Anti-cancer Superman 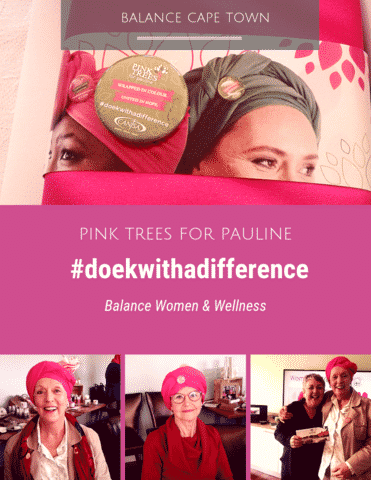 As skin gets progressively thinner with age, it becomes less resistant to disease. An unpleasant side-effect is “puffy” skin. As mentioned earlier, pomegranate seed oil acts as an anti-inflammatory mediator, supporting the skin’s own ability to fight diseases and alleviate pain. It efficiently fights signs of stress, toxins, and poor diet on our skin, which add to an aged appearance. It repairs damaged skin cells that become weakened as a result of the aging process or influences of external elements (like sun exposure), and protects them. Hence, it works as an anti-aging treatment, acting from the inside out.

The beneficial characteristics of pomegranate seed oil are directly linked to one of its most important roles: skin damage control, caused by UVA and UVB action. Protection against UVA and UVB radiation is particularly crucial in advanced age when the skin’s repairing and protecting abilities start to decline. UVA radiation penetrates deep into the skin, causing genetic skin mutations and photoaging (skin aging and wrinkling induced by chronic UVA and UVB light exposure). Though both are harmful for our skin, UVB rays are one of the most cancer-causing forms of radiation. They cause damage to the outer skin layer, the epidermis, and potentially trigger skin cancer development.

Skin cancer occurs as a result of reactive oxygen species (ROS), which impair the skin’s DNA and protein structure. It is scientifically proven that pomegranate seed oil offers protection from damaging sun rays. By supporting the skin’s natural collagen production (a protein found in skin and other connective tissues), pomegranate seed oil not only ensures healthy-looking skin, it also supports skin regeneration by reversing the damaging ROS effects after sun exposure.

The second cancer-preventing feature of pomegranate seed oil is the inhibition of ornithine decarbolxylase (ODC), an enzyme that enables cancer cell growth and replication. By inhibiting ODC, pomegranate seed oil also prevents cancer-related conditions, such as skin edemas (an excess of fluid collecting in the cavities or tissues of the body) and hyperplasia (enlarged skin formations of yellow color, often occurring as an initial stage in the development of cancer).

The Verdict is clear...

Pomegranate seed oil not only protects our skin from harmful cancerous and skin diseases, but it also acts as a natural beautifying agent by reducing signs of ageing (kiss dull and thin skin goodbye) and healing other undesirable conditions, such as dry, red, itchy, and scaly skin, and eczema.

It is easily absorbed into the skin, leaving no greasy residues, and nourishes, moisturizes, and hydrates skin thoroughly. Pomegranate seed oil improves the skin’s elasticity, which is an important factor when retaining a youthful appearance.  Elastic skin means fewer wrinkles and fine lines.

Being the only seed oil containing punicic acid in the world, pomegranate seed oil is a unique beautifying gem. It is recommended to include pomegranate seed oil in daily skin care at all life stages, but especially in mature years, when skin begins to get dry. It nourishes our skin by delivering nutrients directly into skin cells, enhancing skin’s natural regeneration processes, leading to healthy, younger looking skin.

WE LOVE POMEGRANATES AND
IT'S SEEDS LOVE US EVEN MORE! 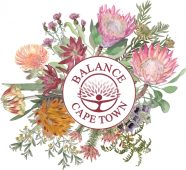 © 2019 Balance Cape Town • Website Designed and Developed by Agency One